The Internet of Things and Social Media

Over the past two decades, the world has experienced explosive growth in internet usage and, more specifically, in the past decade, social media usage. This growth and utilization is projected to continue well into the future. With advances in sensor technology, providing for smaller and cheaper solutions, we are now looking forward to a new layer of innovation that will work to blur the lines between the real world that we live in and the virtual world of the internet. The Internet of Things combines sensor technology with internet connectivity in an attempt to offer communication between people and the non-human items in the surrounding areas. An example might be an internet-enabled sensor placed in the soil of a potted plant, which informs its owner when it needs to be watered. Imagine your plant sending you an email that it is thirsty. And if it can email, it can use other means of digital communication, such as social media. In essence, this innovation has the potential to bring non-living things to life and provide a real voice to non-human items. The question is, are we ready for that?

Is the world ready for this technological marriage? 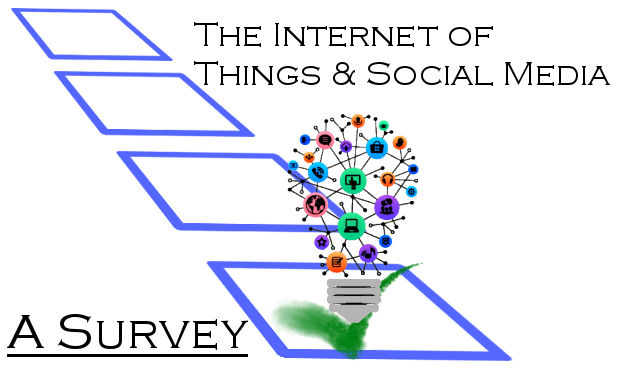 This was an internet-based survey. Email and social media were used as the primary methods to distribute links to the online survey. The advantage of this was that a potentially large number of respondents can be obtained in a relatively short amount of time. The main disadvantages in this mode for this survey were that we couldn't control who or how many people can complete the survey. we knew little to nothing beforehand about the people that saw the link to the email.

A total of 15 questions were asked, ten issue questions and five demographic questions. Due to the highly technical nature of the subject matter, there needed to be a question dedicated to confirming that the sensor technology being discussed was understood. This resulted in some difficulty composing a completely accurate answer set for this question as there might be very little that sensors can monitor and alert about. In the end, we decided on using emotion as an unlikely thing for sensors to monitor.

No questions were asked related to any of the concerns people may have with internet enabled sensors and social media, such as privacy or safety. Having sensors that share personal information via the internet and across social networking sites is something that many people may have issue with. Additionally, depending on sensors to automate the completion of safety tasks, such as turning off an oven or disabling electricity, might also lead some individuals to turn away from the technology. Questions related to these issues could have helped explain why some people answered the way they did.

Most People, Although Likely to Use Internet Enabled Sensors, are Unlikely to Use Social Media as a Communication Channel for the Sensors

In the cross tabulation labeled CT1, we see that of the 32 males that answered the question, 31.25% are very likely to use sensor technology, the plurality of male selections, while only 21.43% of the 28 women chose the same answer. The plurality (the largest, non-majority group) selection for females regarding the use of sensors said they are somewhat likely to use them. There is also a plurality of bachelor's degree holders among those that answered very likely (43.75%) and likely (46.15%) to use sensors.

The cross tabulation labeled CT2, we see that a majority of those that are very unlikely to use sensors with social media are 26 - 35 years old (56%), who were also the plurality of all the age ranges that answered this question, and a majority of those that are just unlikely to use the two technologies in conjunction are 18 - 25 years old (55.56%). Although the plurality of individuals that answered this question, 37.29%, claimed to make less than a $20,000 income, they were of the same number of individuals that made between $35,001 and $50,000 to state that they were very unlikely to use sensors in conjunction with social media.

The survey was started by 95 individuals, but completed by only 65 of them, resulting in a 68.4% completion rate. Not a single question from the survey received a 100% response rate. The question answered the least asked respondents which city and state they call home, receiving only 47 responses or a response rate of 49.47%. This might be due to the wording of the question, which the respondent can interpret to either ask where they live now or where are they from. Another reason might be that this was a text-entry question with only an input box instead of pre-populated selections for respondents to choose from. All demographic questions were answered less often than all issue questions. Each of the demographic questions had a response rate of below 70% and each of the issue questions received a response rate above 70%. This may be due to cultural reasons, as people simply do not feel comfortable providing personal information to an unknown, online source.

It appears that people seem comfortable using internet enabled sensor technology in their personal or professional lives, but prefer not to allow those sensors to communicate via social networking sites. The next step would be to develop a survey that tries to understand why people are comfortable using sensors, but are not comfortable using them in conjunction with social media. It would be helpful to understand if the concerns are related to privacy or something else and if it is more of an issue with social media alone or using the two technologies together.